improvements were made in the private iron and steel

In 2019, the development quality of private steel pipe suppliers will be improved in the following aspects:
First, the basic orientation of enterprise production, operation and management is good. In his report, wang lianzhong predicted that the output of private steel enterprises would be about 600 million tons in 2019, up 9.69% year on year.Steel output was 860 million tons, up 15.18 percent year on year. Since the beginning of the fourth quarter, as the demand for steel products decreased, private steel enterprises adapted to the market changes, timely organized and carried out equipment maintenance and other work, and took the initiative to reduce output. 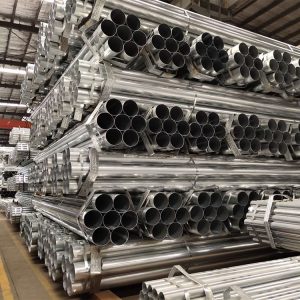 From January to October, private steel enterprises produced 506 million tons of rectangular hollow section, up 11.14% year on year, accounting for 61.04% of the country’s steel output. Pig iron output was 380 million tons, up 8.3% year on year, accounting for 56.3% of China’s iron output. Steel output was 705 million tons, up 13.48 percent year on year, accounting for 70 percent of the country’s steel output.The production of private enterprises has shown a stable, stable and rising situation.The increase of steel, iron and timber output was moderate, 3.74, 2.9 and 3.68 percentage points higher than the national average, respectively. Second, economic benefits are within a reasonable range. Affected by adverse factors such as the rising price of imported iron ore and the falling price of steel products in 2019, iron and steel enterprises pay more attention to enterprise management, reduce costs, improve production efficiency and reverse the situation of profit decline.

According to statistical analysis, from January to October, private hollow section manufacturers were affected by the rise in the price of imported iron ore to more than 50 billion yuan, affected by the fall in the price of steel to more than 60 billion yuan, only two items together as high as 110 billion yuan. In the same period, the profits of private enterprises were reduced by only 50 billion yuan (reaching 138 billion yuan), and the cost was reduced by more than 60 billion yuan by improving the management level. Compared with 2018, although the profit fell by 40.0%, the profit margin on sales still reached more than 6%, higher than the national average of 5.85%. Third, the level of environmental protection has been improved.On the one hand, the environmental protection cost of the management of tons of galvanized steel pipe in private steel enterprises increases year by year, and the operating cost of tons of steel has exceeded 200 yuan.On the other hand, there is a breakthrough in technology and improvement in process.Through the exploration and transformation of environmental protection technology, process and equipment, private steel enterprises have basically formed a relatively complete and relatively mature process flow.

Previous: lack of momentum for the rise of pipe price