lack of momentum for the rise of pipe price

In November, rebar spot prices have risen sharply. As of November 30, the national spot price of structural steel pipe averaged 4145 yuan per ton, up 260 yuan per ton from the beginning of the month. At the end of November, the closing price, high price and low price of the main rebar futures contract rose 7.10%, 7.22% and 7.30% respectively from the beginning of the month. With the rise in steel prices, steel social inventory continued to decline. In November 2019, the total social inventory of 5 categories of steel products in 20 cities in China showed a declining trend for three consecutive months, and the monthly decline was expanded, among which the rebar steel inventory decreased by more than 20% month-on-month. 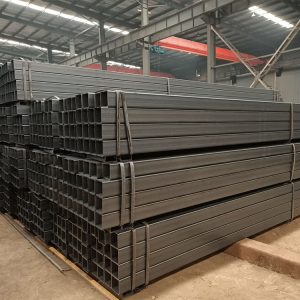 Behind the rise in steel prices is an improvement in the steel industry. The PMI of the steel industry surveyed and released by the China federation of things’ steel logistics committee showed that it was 45.4% in November, up 4.1 percentage points from the previous month, ending six consecutive months of month-on-month decline. Sub-index shows that market demand of mild steel tube picked up in November, product prices and raw material prices have different degrees of increase, in the demand recovery and profit driven by the dual impact of steel mill production has increased, the purchase willingness of enterprises is strong. Iron and steel industry PMI report pointed out that steel demand in November is more resilient, the southern region is less affected by low temperature, near the end of the year downstream intensive work, terminal demand tends to pick up in the short term.

The index of new orders for steel pipe suppliers came in at 43.8 per cent, up 12.2 percentage points from the previous month, ending a march streak below 40 per cent. In addition, after the beginning of winter, port operations in northeast China were suspended due to strong winds, which led to the south flow of northern resources, exacerbating the tight situation of market resources. Infrastructure projects have been implemented at an accelerated pace as the country has stepped up counter-cyclical policy adjustments. Steel industry insiders said that due to the end of the construction deadline, the unexpected outbreak of market purchasing demand of structural steel pipe has led to a continuous decline in steel inventories and a rapid rise in steel prices. In the face of downward pressure on the economy, China has adopted measures to stabilize growth and continued to invest in infrastructure.

Previous: How to correctly start your curtain wall installation in your building project

Next: improvements were made in the private iron and steel